Well well wellity well.  I had a bit of a score last week.  A new vintage toy store has just opened up reasonably local to me – check them out here: Vintage Toy Monster

So any way, I saw a post pop up on the old facebookery, and what seemed to be a boxed Highbrow just hanging out in the top corner of a cabinet.  I thought to myself, I need one of those for my boxed ’87 collection, I should go check it out.

I wrangle my son out the door and in to the car – it actually wasn’t that hard, any mention of a shop with robots and he is in to it – and we headed out the door to Portsmouth!

We rock up to the shop and have a little nose through the cabinets, plenty there from at least 70’s and up, well worth it just for the nostalgia hit, and luckily, Highbrow was still there.

The box was in nice condition, no visible damage or anything, and he was up for a reasonable price for what I expected to be an opened but minty boxed ‘bot.

Spoke to the guy running the place while the child was picking out a Rocklord to take home, apparently they had already sold a boxed Galvatron and Prime that day, wish I had gone earlier now!

But any way, I asked to check out Highbrow, make sure the box and bot were good enough for a pride of place spot in the collection I’m building, and this is when the gloriousness happened.  I went to open the box.  But the end I went for was sealed, ok no biggy, check the other side.  Wait, also sealed?!  What sorcery is this?!  So I have a peak through the window of the box, and cannot make out any sign of it ever having come off the bubble.

Are you shitting me, this Highbrow is MISB and just sitting there?  I could not get out of this shop fast enough once I had seen this.

I did my due diligence once I had gotten him out the shop, I had either scored a massive bargain or hella over paid for a KO.  But, all signs point to it being one of the later 80’s editions which well, most of mine were even way back when.

As for the sentimental value, I was lucky enough to have Highbrow as a kid, bought from Beatties in Andover by my Grandmother.  That toy had seen some shit and was kinda done by the time I sold everything.  Getting a new one in this condition really felt good and I think instead of freeing this guy from his prison, I will look for a slightly beaten up one to have on display next to the box.

Enjoy some pictures of a table with a box on it! 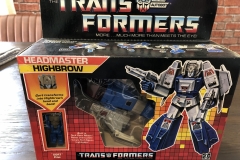 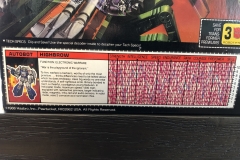 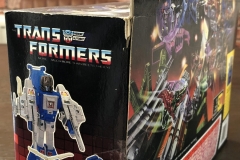 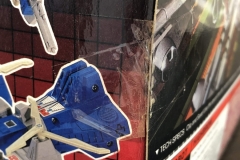 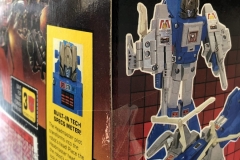 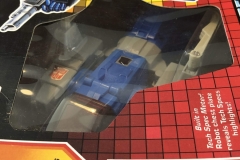 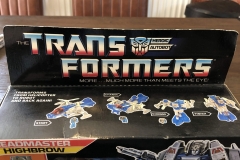