I’ve recently taken a bit of a break from buying just Transformers and gone off on a bit of a Toys from my Youth tangent.  The idea being that I wanted to get back some of the figures I had as a kid as well as getting hold of the ones I was jealous that my little buddies had and I didn’t.

Thanks to the wonders of eBay, I purchased a German DVD of Starcom (it had the original English voice track included) and watched through the 8 episodes it contained in one night.  This of course inspired me to get looking for the toys – I only had a couple of the tiny ships when I was young but remember some friends having the bigger ones.

I’ve only picked up Starmax so far, but this is one of the harder ships to get – the one I got wasn’t complete, but it was “boxed” – the box might as well go in the bin now that I’ve had it in hand.. However, Starmax is still relatively white, rather than cream.  I picked up a repro of the two missing weapons to stand in until I manage to find some genuine ones that do not cost £50 and managed to pick up the two wee bombs it was missing which should be here in a couple days.

This is a great ship, 5 year old me would have loved all the features and you know, immediately would have lost all the MANY accessories it came with.  I love all the pointy angles and can’t wait to find a decent Shadowbat to pit it against. 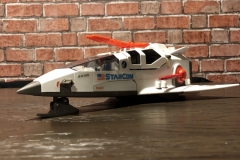 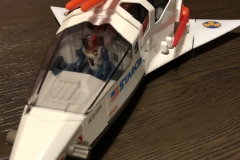 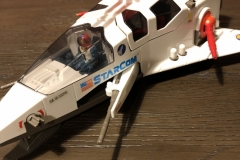 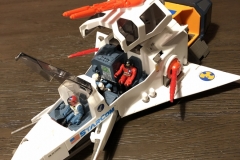 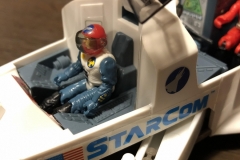 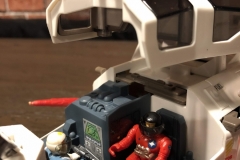 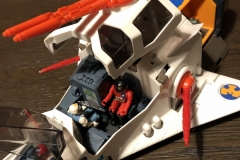 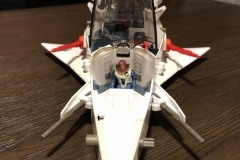 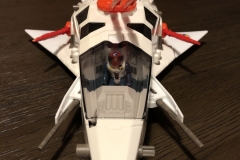