This week we’re going to take a look at a couple of Decepticon clones that as a child, I shouldn’t have had access to, but was lucky enough to have a set!

Wingspan and Pounce were another set of ‘bots that were never released in the UK, we missed out on a fair number from 1987 in fact, which was quite the shame.  Especially as all the stuff we missed out on had a defining moment in The Rebirth.

Luckily for me, when I was in my early teens, there was an advert in our local Freeads from a chap looking to sell some Transformers.  Obviously I responded, I had some birthday money to spend, and somehow managed to convince my dad to take me to this random strangers house so I could play with his toys.

When I got there, I was confronted by toys I had never seen in person, and only caught fleeting glimpses of them from scanned catalogues, as the internet was only just becoming a thing (I’m the time when the internet was young years old).  In front of me were Wingspan and Pounce, Trypticon, The Predacons! and some weird PM Optimus Prime addon called God Bomber.  The guy also has Battle Gaia and Guard City, man I wish I had picked those up in hindsight eh..

I bought a fair few bits home with me, Predaking, Trypticon and the Clones.

These guys were great, fantastic colour schemes, really good looking robots and well, you could at least tell what the alt modes were meant to be.  As it’s a 1987 set of figures, the box art is of course fantastic, which is why they have a pretty good spot on my ’87 display shelves.

The transformations themselves are understandably nothing special, these are small, low budget bots after all, but it’s quite satisfying.  I would say the Autobot clones were maybe a bit more in depth, at least Cloudraker was, but over all, very simple.

These toys received a modern update as part of the Prime Wars trilogy, and whilst they look good, I have to say I don’t think they are a patch on the originals, they lack accessories, are way smaller, and just don’t have the presence that the G1 figures had.

Here they are hanging out on my kitchen table, looking awesome! 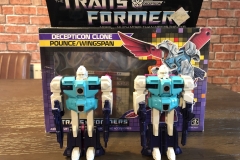 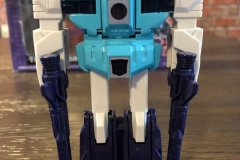 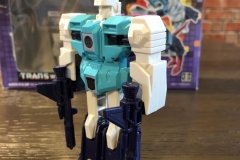 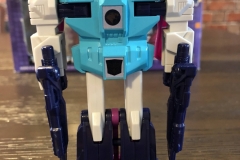 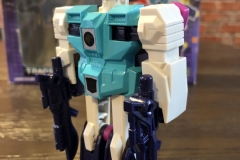 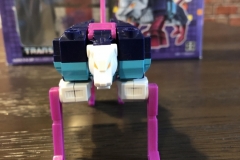 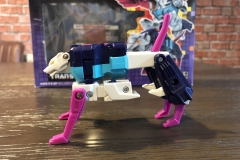 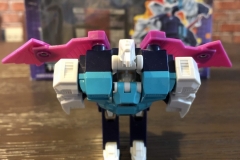 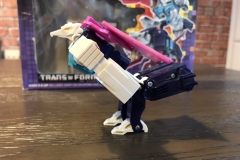 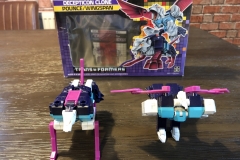 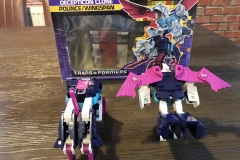 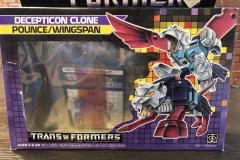 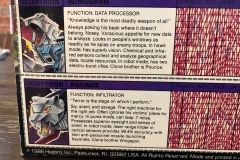