Hey kids, it’s Beast Wars time!  Or Beasties, depending on where you grew up.  Canadian kids apparently couldn’t have a series called Beast Wars?  What’s up with that, Canada?

Now, story wise, Tigerhawk is a season 3 character, created by the Vok by fusing Tigatron and Airrazor together in to one super warrior.  Context, the Vok were another alien race that acted as Time Police in this instance, and BW Megs was a very naughty boy, so they sent Tigerhawk after him.

Beast Wars was a great reintroduction/starting point for Transformers.  I first got introduced to it as a very early teen, a guy I bought some non-UK stuff off with my birthday money had a few.  I remember seeing Polar Claw, bat Primal and croc Megs for sure, and probably a few other bits.  I think the guys name was Peter.  Any way, I digress.

Beast Wars itself came out at a good time for me, I could afford a figure every week thanks to paper round and pocket money – unfortunately, the release schedule here was terrible, so I find myself buying mutiple wave 1 figures such as Tarantulas and Waspinator to trade with guys based in the US.  I actually completed the whole lineup that way.

Right, Tigerhawk.  Part tiger, all hawk, or something.  He, I say he,  is actually an amalgamation of a male and female presenting figure, so not entirely sure of the correct terminology here, but yes.  He is a Transmetal 2, Ultra class (that was the biggest budet ones) and came with lots of vacuum metalised paint, which is very prone to flaking off.  Luckily my example is pretty good and also still crispy white.  Some of the clips and springs are starting to weaken so not everything holds in place as it should, but well, it is 20 years old.

In robot mode, the figure is articulated pretty well, Beast Wars took off with figure posability which started on the later G2 figures. The elbows are pretty lame and he has clearly never skipped leg day, but well, tigers got big legs son.

Transformation isn’t overly complex, but it can be a bit fiddly, having to fold and turn everything just right for it to sit correctly.

Catbird mode looks seriously cool.  Now, for reference, I also think BW Silverbolt looks really cool so my judgement may be clouded, but something about animals-with-wings-that-should-not-be really ticks my boxes.  Big wing span, giant front legs and a cool battle mask that really reminds me of Catilla.

So this is my second Tigerhawk, I got the first one back when it was released in the US in exchange for some carded stuff, though by the time Tigerhawk was released the Tarantulas gold mine was starting to run dry here and we were moving on to the earlier Transmetals and Fuzors.  I wonder if the guy I traded with is still going?

Beast Wars doesn’t hold quite the same nostalgia value for me as G1 does, but it certainly produced one of the best shows and some damn good figures.  I need to get some more.

Here is my kitchen table featuring a Very Good Boy. 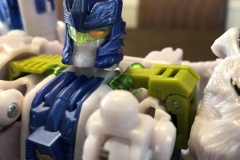 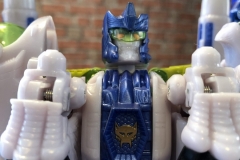 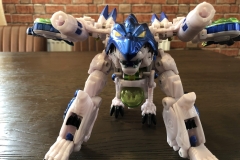 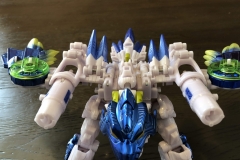 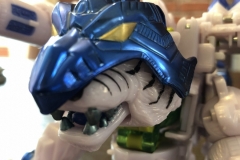 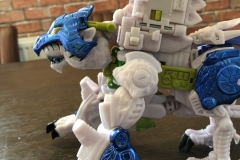 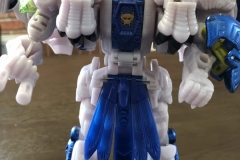 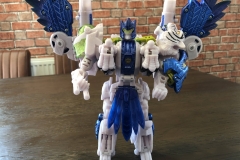 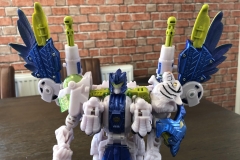 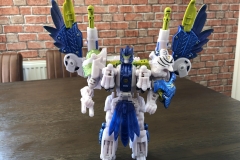 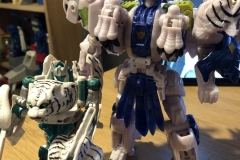